Although Oregon has a history of grape growing dating back to the 1860s; the major trend towards making world-class wines didn’t start until a hundred years later. The movement was started by Richard Sommer, who established Hillcrest Vineyard near the southern city of Roseburg, in the middle of the state in 1961. Five years later, David Lett started The Eryie Vineyards near the quaint town of Dundee in the northern part of the state. Both men were graduates from University of California-Davis, a major agricultural school that did not believe it was possible to grow high-quality grapes in Oregon. But as new winemaking pioneers like Dick Erath, Charles Coury, David and Ginny Adelsheim, Dick and Nancy Ponzi, Joe and Pat Campbell, and Susan and Bill Sokol Blosser, began developing vineyards in Oregon in the 1970s; it became clear that Oregon was a land of opportunity that simply required more attention to detail.

As part of the Pacific Northwest region of America, Oregon is located between California and Washington. With heavy maritime influence from the Pacific Ocean to the west, the winegrowing regions throughout the state are susceptible to frost in the spring, and rain in the fall. After the Willamette Valley became an appellation in 1983, the focus on quality was helped along by the use of special French Dijon clones of Chardonnay and Pinot Noir brought into the United States via Oregon State University in Corvallis.

On a smaller scale, other unique winegrowing regions have emerged in the southern part of the state as well, including Umpqua Valley, Rogue River, Applegate, Illinois Valley, as well as the southern portion of the Columbia River east of Portland.

Whites: The main three white grape varieties planted in Oregon are Pinot Gris, Chardonnay, and Riesling. But there are also smaller amounts of Gewürztraminer, Pinot Blanc, Muller Thurgau, Viognier, Roussanne and Marsanne planted primarily in the southern part of the state.

Reds: By far, the state’s most dominant grapes is Pinot Noir, the chief variety planted in the Willamette Valley. In 1987, there were 1,278 acres of Pinot Noir planted in the state, and by 2012 the amount increased 15,369 acres which is an amazing amount of growth in a 25-year period! Other red grapes planted in Oregon include Cabernet Sauvignon, Merlot, Cabernet Franc, Syrah, Grenache, Tempranillo, and Gamay Noir.

White Wines: The delightful profiles of Pinot Gris from Oregon include lively aromas of fresh cut flowers, ripe melon, dried apricot, lime, and a hint of white pepper. On the palate, the wines are graceful, with notes of grapefruit, peach, pear, subtle spices, a hint of earth, bright acidity, and a rather dry finish. Chardonnays are elegant and approachable when young. Wine aged in more oak feature more complex flavors, including apple, pear, lemon, mushroom, cinnamon, spice, and toasted brioche. Leaner styles are more fruity, crisp, and acid-driven. In more recent years, Riesling has come back en vogue in the state as well. With fragrant aromas, lively fruit flavors and high levels of natural acidity and sweetness, the styles of wine made with the grape vary from bone dry to very sweet.

Red Wines: Pinot Noirs from Willamette Valley are comparable to those made in the famous French region of Burgundy, in that every vintage is a challenge with the threat of rain near harvest. For that reason, producers are using special clones of Pinot Noir that ripen earlier in the fall. As a result, flavors are broad and complex ,with notes of bright red fruits, wild berries, cherry, plum, earthtones, and forest floor. On the great vintages, they are some of the greatest wines of the world. In off vintages, they are great values that you want to drink early. Aside from the Bordeaux varieties grown in Columbia Valley and the more inland areas in the southern part of the state, the other intriguing red varieties to look for are Syrah and the Spanish variety Tempranillo, both of which feature spicy ripe red and black fruit flavors accented with hints of fresh herb. 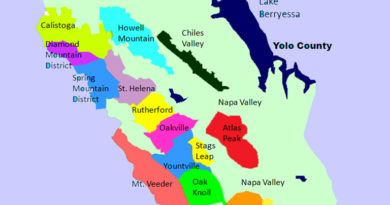